The promise of pudding

Can rewards help us to feel motivated and to learn better? Acteon’s Tarin Adams unpicks the science of motivation, and explores the different effects of extrinsic or intrinsic rewards.

What moves people to learn? And what pushes people to keep going when energy is low and motivation is waning?

These are questions that each of us ask when we’re trying to find that magic button that will switch others onto a new way of thinking, whether that’s negotiating with your four-year-old to brush their teeth, convincing the public to wash their hands more frequently, or asking your colleagues to implement a new safety protocol.

There is a common notion that if you’re motivated you learn better. But is it as simple as this?

Not all motivation comes from the same place. Any parent of a toddler has probably heard about the difference between intrinsic and extrinsic motivation. In parent-speak this is the difference between developing your picky eater’s curiosity on the wonders and merits of eating a balanced, varied diet, versus bribing them with the promise of pudding if they clear their plate. 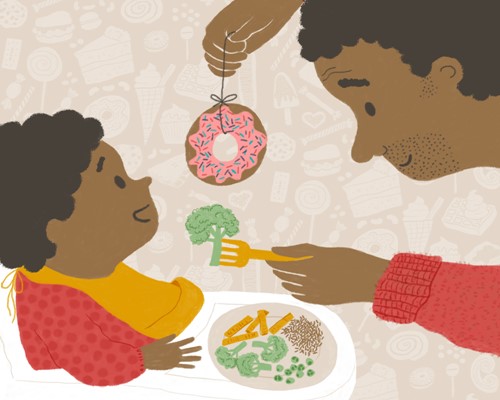 And while almost all parents have done the latter (guilty!), we know that there is a downside to relying on extrinsic motivation, or in other words, convincing yourself or someone else to do something based on external criteria – such as avoiding punishment, earning a reward or just looking awesome amongst your peers. The downside of this kind of motivation is that it sometimes doesn’t last and can be harder to sustain over time.

Intrinsic motivation, on the other hand, focuses on the inherent pleasure of completing a task – the innate joy or satisfaction in the task itself.

So, how do we connect to that?

The science of motivation

It’s like the difference between wanting to understand how exercise and a healthy diet can improve your health, compared to wanting to shed a few pounds and look great at your next school reunion. On the surface they may appear to achieve similar goals – but which has more staying power?

‘Is this going be in the exam?’

Anyone who has ever crammed for an exam probably remembers the sensation of ‘filling up your brain’, only to have the information ‘leak out’ once the exam was done. And if we imagine this in an L&D context, is it a bit like gleaning as much information as you can to pass the assessment, but once that’s done, relegating this info to the dusty archives of your brain. 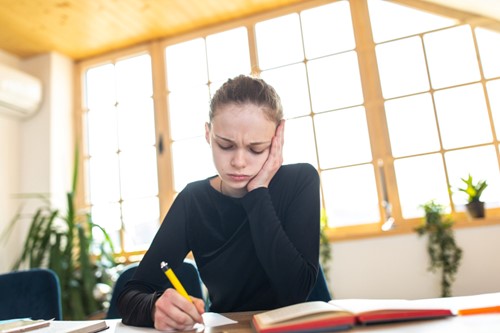 Cramming for exams can improve short-term performance, but the intrinsic motivation to master a subject shows better results in the longer term.

Murayama wanted to test these theories outside of the lab setting. By drawing on longitudinal survey data on more than 3,000 schoolchildren from German schools, Murayama’s observed that when the focus was on performance (“In math I work hard, because I want to get good grades”) they could predict the immediate maths score. When the goals focused on the mastery aspect of the learning (“I invest a lot of effort in math, because I am interested in the subject”), this could predict a growth in math scores over three years[3].

It’s thought-provoking to note that when the aim was to engage in the individual’s desire to master the subject, this potentially had much longer lasting effects. While interest in a subject isn’t a switch that you can just flip on, it is potentially something you can tap into.

And here's another twist. The 'undermining effect' suggests that sometimes offering a reward can actually reduce an individual’s innate motivation to do a task they already find interesting. If intrinsic motivation exists, it can be a powerful reservoir we can draw from, and external rewards might negatively interfere with it.

How does this happen? It seems rewards can get in the way of our innate drive to follow our curiosity. Murayama and his grad student Greta Fastrich looked at the fascinating question of what inspires people to attempt difficult tasks. In their study, when participants were offered cash rewards for correct answers, they preferred easier questions. But when no cash was offered, participants preferred the more difficult questions[4].

The promise of pudding?

But does this mean the promise of pudding is a bad idea? Do rewards enhance or hinder learning outcomes?

It’s a bit of a controversial question, but it seems there is a place for extrinsic rewards on some occasions, and ways of encouraging intrinsic motivation on other occasions.

Studies seem to agree that rewards work in learning and are effective in motivating people. And this is supported by a neural link between the motivation (reward) and memory systems in the brain[5]. But to avoid the 'undermining effect', it may be that extrinsic rewards are better left for tasks which have little intrinsic value for the individual[6].

We tend to like a challenge. We like to push ourselves; test the limits of what we can do. We won’t say no to some free pudding, but that pudding tastes a little sweeter if we had to work for it.