Can prompts be used to improve performance?

At Acteon, we’re interested in what matters to learners.

Because when we connect with what matters to them, it’s much easier to engage them with the action or task they need to complete.

To help people change their behaviour, we need to make sure that they know what they need to do (understanding), but we also need to give them a meaningful reason to do it (motivation).

To investigate the importance of motivation in learning, we devised an experiment.

We invented a simple task (in the form of a game) that would be completely new to anyone who tried it. Then we experimented with how we could help people improve their performance at the task by providing them with both understanding and motivation.

We conducted the experiment at the Festival of Work 2019 at Olympia in London.

To explain what we did, and what we found, here’s Bethany Haysom, a Maths undergraduate from Sheffield University who’s helping Acteon with research and analysis.

Hexit is a simple game where players try to build as many hexagons as they can in one minute. The more hexagons they build, the higher their score. 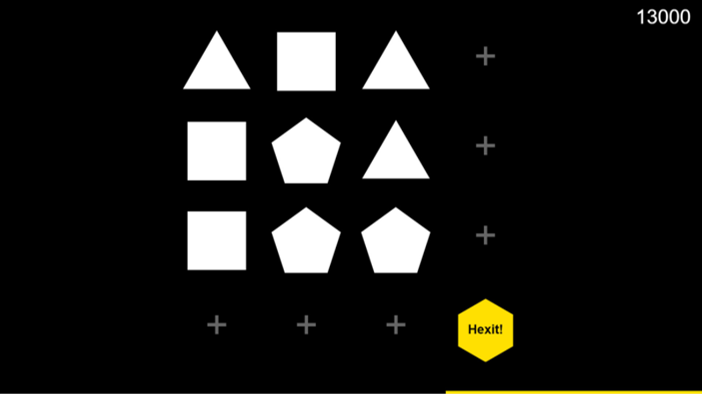 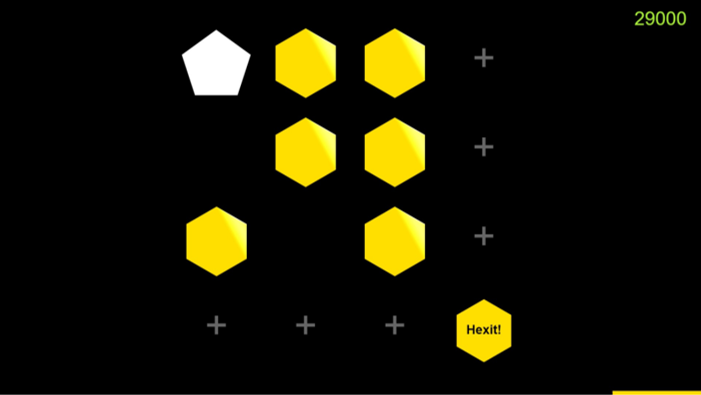 We created four pathways for the game, each providing different prompts. Players were assigned one of the pathways at random, and we measured how it affected their performance. 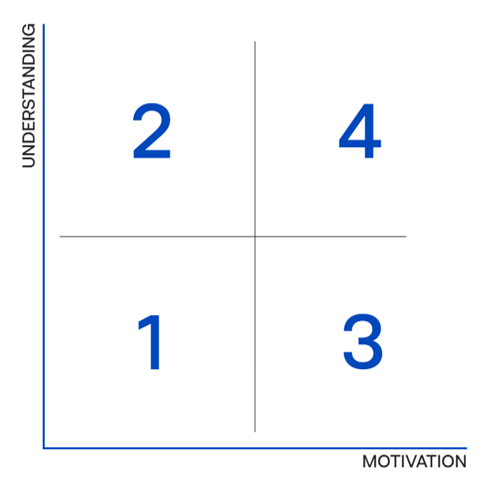 Pathway 1 – simple instructions on how to play the game were provided. This was the ‘null hypothesis’, which could be referred back to for comparison.

Pathway 2 – in this version the player was prompted with extra ‘top tips’ to give them greater understanding of how to play the game.

Pathway 3 – in this version the player was given added motivation to get a high score. The player was prompted to choose a charity that would be given a donation based on their score.

Pathway 4 – this pathway combined motivation and understanding. Here the player was given the ‘top tips’ prompt and the ‘charity choice’ prompt.

Our expectation was that players on pathway 4, with its combination of motivation and understanding, would gain the highest scores.

Before we find out, here’s a chance to try Hexit for yourself… PLAY GAME

Come back when you’ve had enough, then keep scrolling…

So what actually happened?

At the Festival of Work 2019 we invited visitors to the Acteon stand to play Hexit (they didn’t know about the different pathways before they played the game). Hexit proved very popular, with nearly 200 people playing the game. 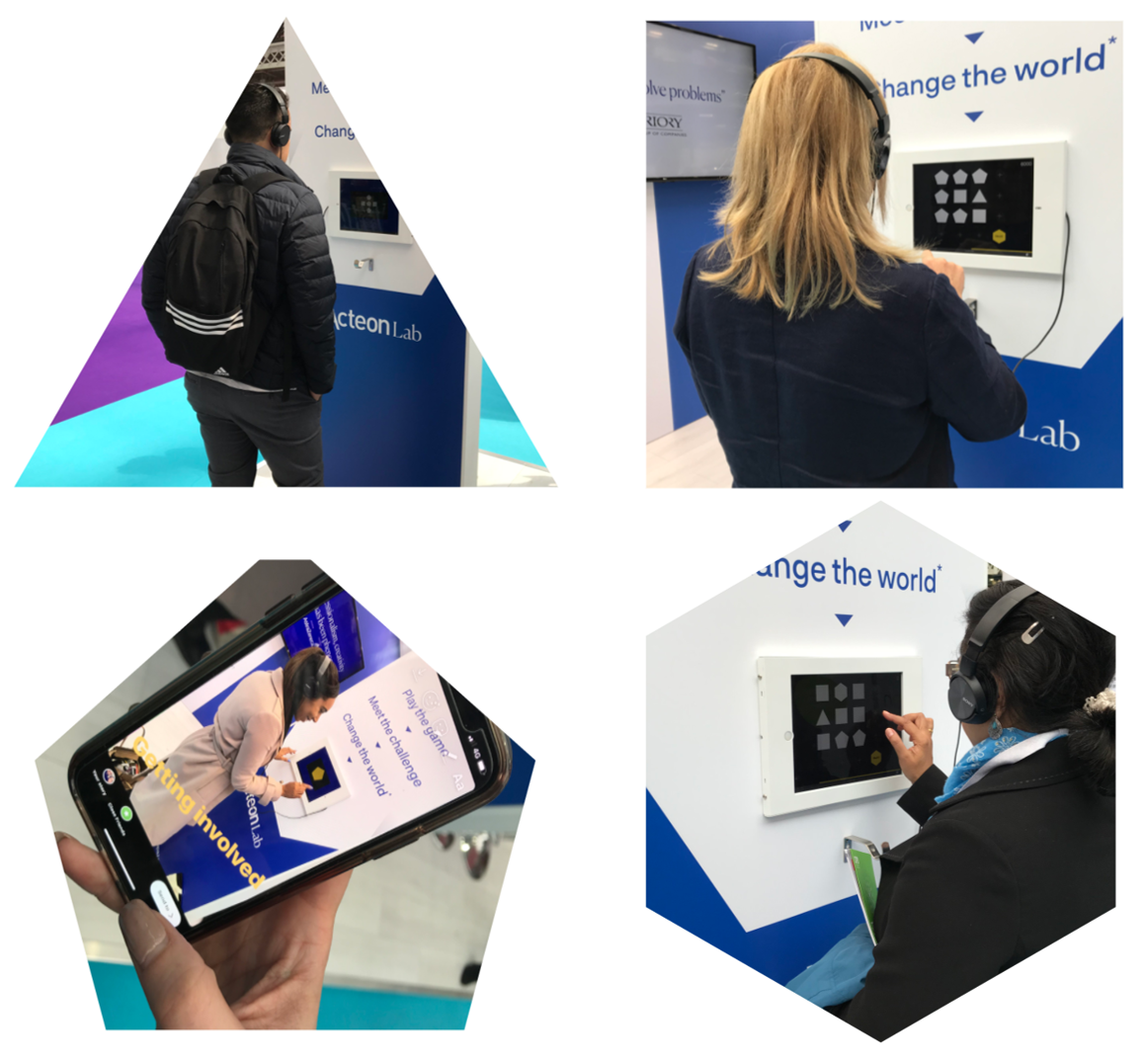 Here’s how the results looked on a graph.

Pathway 1: the null group – neither instruction nor motivation - had a lower score than other pathways, as expected. 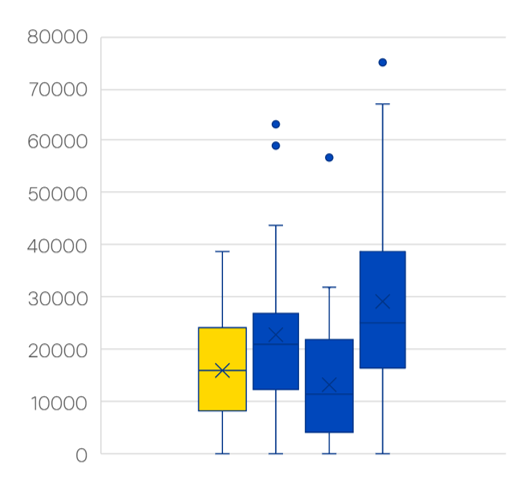 Pathway 2: The understanding prompt alone had a strong positive effect on the score. 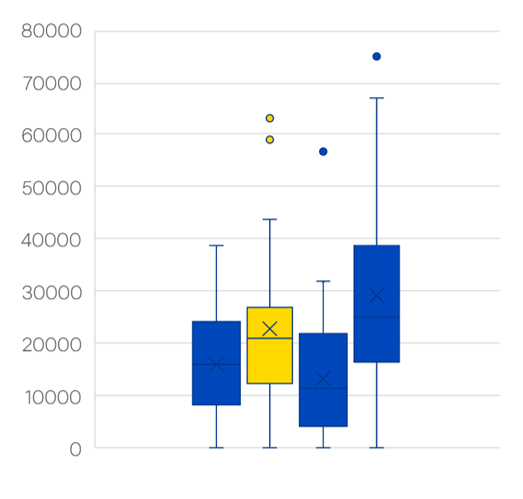 Pathway 3: An unexpected result was that a motivation prompt alone had no significant positive effect on a player’s score. It was only when motivation was added alongside greater understanding that there was a significant difference.

Of course, this could have varied depending on how the motivation prompt was presented, and how much information was given to players. We could have found that different motivational prompts would have a different effect.

Pathway 4: The results showed very strong evidence that pathway 4 had the most positive effect on the player’s score.

The p-value from the t-test comparing Pathway 4 with Pathway 1 was 0.00018 (to 2 significant figures), meaning that the results showed very strong evidence of the scores from these two pathways being different. 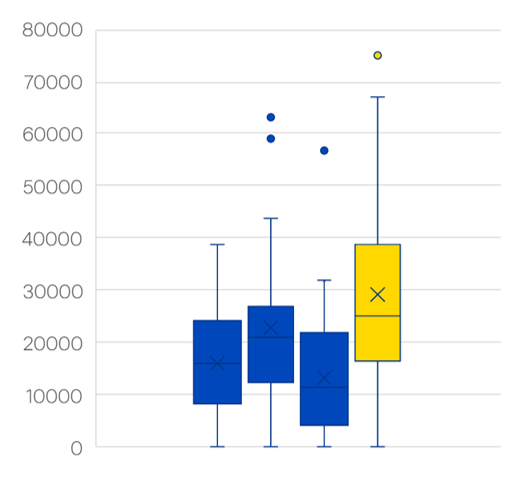 The greatest increase came from the combination of both understanding and motivation.

The headline result from our Hexit experiment was that when we connected with what matters to learners we improved performance.

The ‘charity choice’ prompt spoke to the human in our game players.

To show this effect in such a simplified scenario just reinforces the importance of motivation in real-world learning situations, where the competition for a person’s time and attention is much more intense.

Acteon Lab
If you’d like to understand more about what motivates your learners, and how harnessing it can help you solve key business challenges, please get in touch. Acteon Lab is our process for designing learning and communication solutions that deliver impact, and we’d love to tell you more about it.