“Trust your judgement” for Wellcome 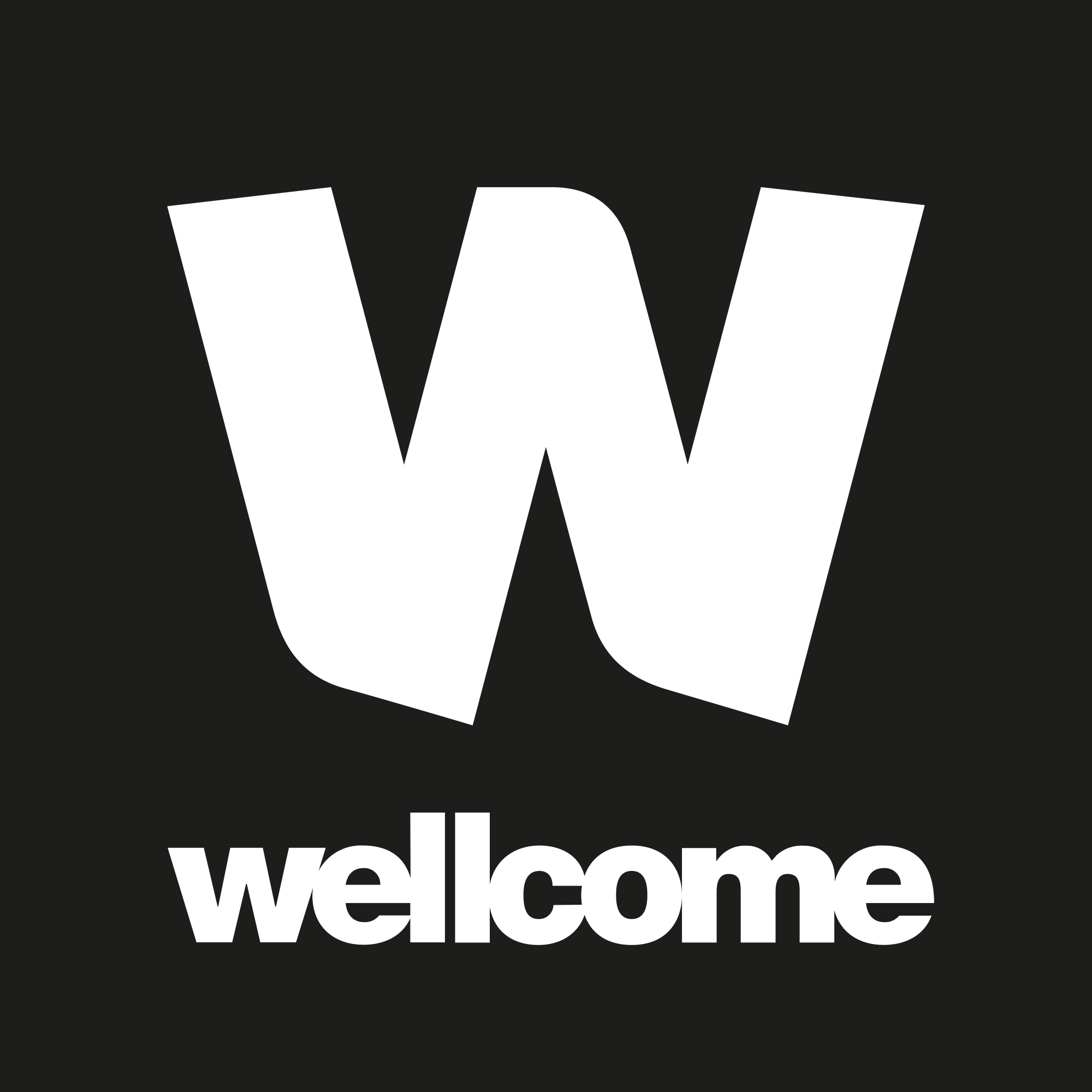 Here’s how Wellcome introduced its Code of Conduct, successfully making a new set of policies feel relevant and meaningful to all its people.

Getting someone to stop and think before they act might not sound like much to ask – but when that behaviour change is presented as a set of policies, it can be a tough sell. Let’s face it, a ‘Code of Conduct’ sounds about as exciting as doing your household chores. People often assume it will be restrictive, dry or just plain patronising, especially when there is important and meaningful work to do.

And there is no more important and meaningful work than the sort that is done at Wellcome.

Wellcome is a UK-based global charitable foundation, partnering with universities, businesses, governments, NGOs and the public, to fund and advocate for scientific work which addresses urgent health challenges around the world.

The Trust’s work is exceptional, consequential, and delivers real change which improves and saves lives.

This uniqueness is reflected the organisation’s culture and structures too. As Fraser Simpson, Associate General Counsel for Ethics, Governance & Compliance, explains:

“Wellcome is a very collegiate organisation... We're incredibly lucky to have the scope to be free-thinking and push boundaries: we bring in outstanding people and let them work in their own way.”

Why does a Code of Conduct matter?

So it’s not surprising that people thriving in an organisation like this might wonder why a Code of Conduct is relevant to them. It might sound like an imposing of rules that jars with the successful aspects of the culture.

But in 2019, the external environment was shifting, with more of a spotlight on ethics and behaviour across public and private sectors, including in charities. There was an opportunity for Wellcome to be on the front foot, shaping the way people think about how they interact with each other, both within and beyond the organisation.

A Code of Conduct communicates ways of working which are essential for any organisation to perform at its best – covering diversity and inclusion, bullying and harassment, safeguarding, conflicts of interest, health and safety, information security, and more. If communicated well, such a Code has the potential to underpin a positive working environment where people flourish.

So a key challenge for Wellcome would be helping colleagues to see the Code as an asset rather than an obstacle.

Focusing on the motivation gap

At Acteon, we think about where the ‘gaps’ are that inhibit people from taking a desired action: is there a gap in capability (we need to equip people with particular skills), in motivation (we need to engage people with why something matters), or in opportunity (we need to give people the chance to do it)?

When Fraser approached us to help him launch Wellcome’s new Code of Conduct successfully, we understood that the main project focus would be on motivation. People in the organisation had never had a Code of Conduct, and they instinctively resist unnecessary bureaucracy, so we needed to persuade them why the new Code was relevant to them.

“It’s not just what we do, it’s how we do it that matters,” says Fraser. “Living up to a position of trust is crucial.”

There was also a capability element. The aim was to prompt a new behaviour: any time people needed to make a difficult decision, we wanted them to pause, think about their actions, and refer to the Code if they needed guidance.

A stakeholder workshop to kick off the project helped us to identify several important elements of the project.

It helped identify that launching the Code should feel like the start of a conversation rather than a corporate announcement. It was important to express the idea of colleagues all being on the “same team”. And the launch needed to be optimistic and demonstrate confidence in Wellcome’s people. It should be about giving them a set of useful tools for sharing existing good practice.

What did we do?

We worked with Wellcome to create a campaign called ‘Trust your judgement’. 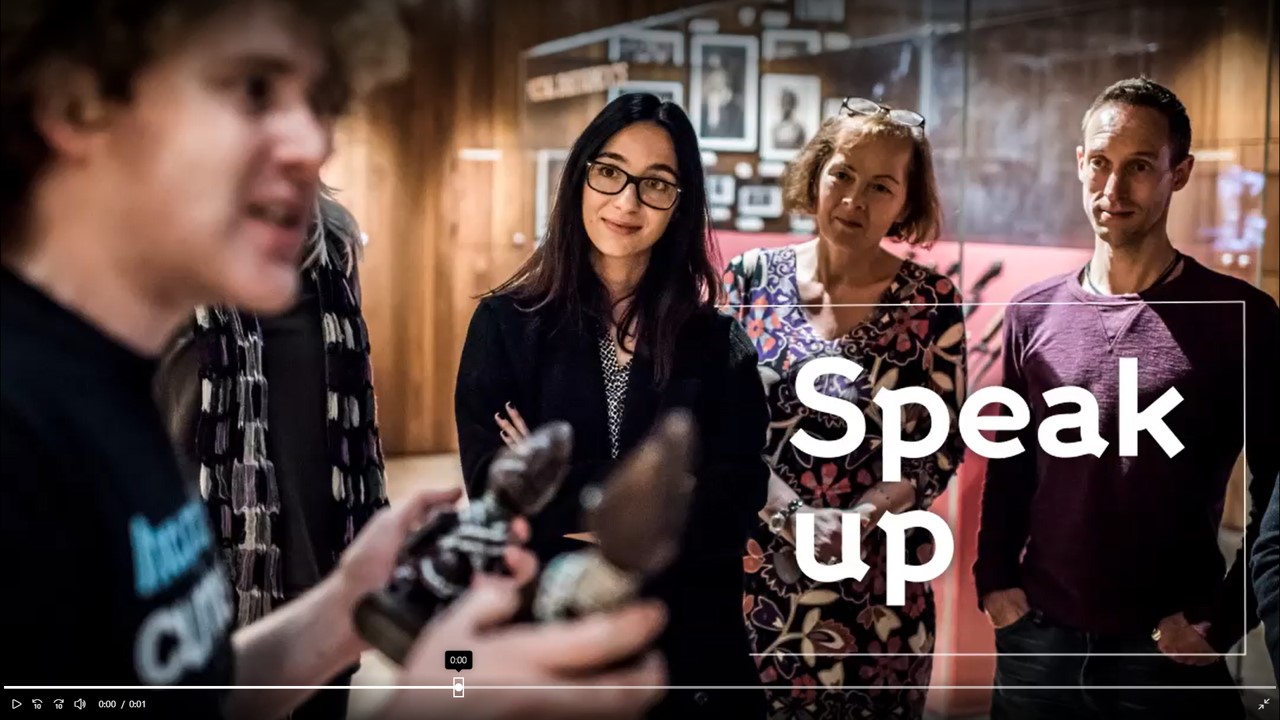 Bespoke digital learning content has been designed as a resource that people can access and use at any time.

The whole campaign asks people to pause and think about whether something is OK. There are five questions to help them think about it, including ‘Does it fit with Wellcome’s principles?’, ‘Have you thought about the risks?’ and ‘Does it feel right?’

The e-learning gives a series of simple scenarios for colleagues to think through, applying the five questions.

The launch and e-learning were reinforced by a comms campaign using digital channels, intranet content, posters, emails from leadership and more.

Agree/strongly agree they know why the code matters.