Wash your hands - behaviour change on a national scale 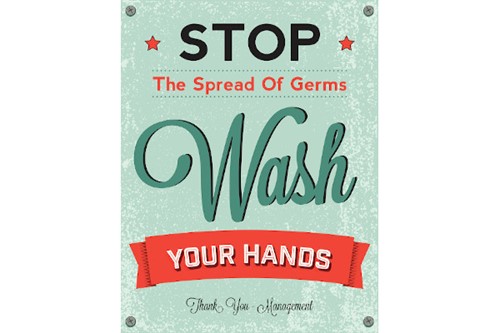 What does it take to prompt behaviour change on a massive scale? The campaign to encourage good handwashing across the whole population during the Coronavirus outbreak provides a fascinating case study. Romy Craig considers what it reveals...

It's a message that will have become increasingly familiar to you over the past weeks as the way to help reduce the spread of the Coronavirus.

A pandemic isn’t something which provides masses of positive opportunities, but for those of us interested in behaviour change it gives a fascinating chance to examine the techniques used to make an entire population take the same action.

The instruction is simple: wash your hands properly. The impact could be huge. When BBC4 modelled a UK pandemic in 2018, it demonstrated that 100% hand-washing compliance would reduce the number of people infected by 22%. On a national scale, that could mean hundreds of thousands of people. So it’s worth doing.

We know what people need to do, and why. Now we need to get them to act! The approach taken so far gives us a great case study for the basic tenets of prompting a change in habit.

If you want people to take one action, don’t distract them from it. The initial advice was roundly criticised for being simple, but we now know it was Step 1 of a series of actions we'll be encouraged to take over weeks and months. Small steps build habits, asking people to change lots of things at once makes them far less likely to change anything at all.

So the simple message which needs no decoding is to wash your hands. But there's an understanding that the audience needed a little bit more help to take the exact action required. Most people probably thought that they washed their hands just fine already, and needed advising up front that they probably didn’t. So the message became ‘wash your hands for 20 seconds’.

And then it needed to be made easy. It had to be obvious that there’s a very accessible way to time 20 seconds – for example, it’s the time it takes to sing Happy Birthday twice.

The final message – ‘Wash your hands for 20 seconds. That’s the time it will take you to sing Happy Birthday twice.’ You’ve probably already heard it A Lot (and substituted your own song choice - if you see me dancing away from the sink it's due to Madonna's Vogue being my inner handwashing soundtrack).

It’s rarely enough to present a message and leave it at that with the assumption that people will follow it. We create habits when we have a motivation to do so. But what motivates me to create a habit won’t always be the same thing that motivates you, so we need to make sure we consider different types of motivator.

Gretchen Rubin’s Four Tendencies can be a great checklist for this. Each of the tendencies links to the internal motivation that pushes someone to develop a habit. An Obliger is motivated by the expectations of and impact upon other people. Questioners need to have some form of evidence as to why they should do something. Upholders are happiest when they know they’re adhering to rules and clarity, and Rebels need to feel that they are the ones who have come to a decision to do something rather than having been persuaded to do it.

Looking at the Public Health England handwashing campaign, we can gauge whether there would be enough to prompt all types to act. 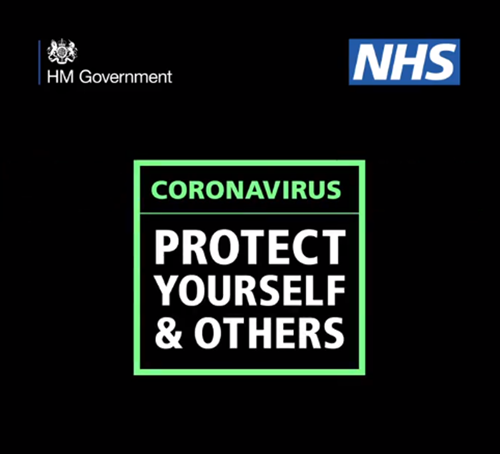 Upholders are the easy targets – the government and the NHS are telling them they should do something, so they will happily do what they are asked.

The ‘Protect yourself & others’ message speaks directly to Obligers – they’re interested because it’s an action that impacts on other people so they’re motivated to do it.

For Questioners, the next part is the more compelling. It provides extra information that gives them a ‘why’ they should wash their hands: 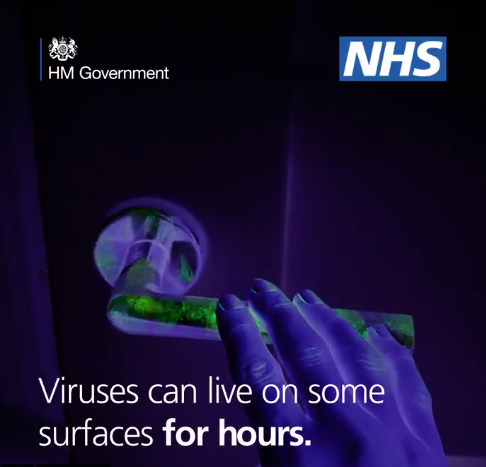 And then for the Rebels, it’s more a case of hoping that the overall campaign gives enough motivation to have an impact!

Trying to get the entire UK population to do something can never be achieved using one approach. We consume different types of media, and react to different types of content. And very few of us like feeling that we’re constantly being interrupted to take notice of someone else’s agenda.

The trick is to make it feel native, make it feel like a natural part of the content someone’s consuming. As part of their public service broadcaster remit, this is already in evidence across the BBC (Women’s Hour on Radio 4 featured the advice set to a background of classical music), and some great examples are starting to appear across the country and in fact the world – we’re fans of the approach from the City of Round Rock in Texas, which went viral (in a good way!):

"Wash your hands like you just got done slicing jalapenos for a batch of nachos and you need to take your contacts out."

We also need to think about the voices delivering the message. A large part of the public health campaign will be PR, but it’s important to ensure that the message is delivered by the right voices for each part of the audience. We’ve all heard the Prime Minister and the Health Secretary telling us to wash our hands, but for most of us those aren’t the voices we trust. Partially because we’re generally distrustful of politicians and partially because we know they aren’t experts in the subject.

For those who respect the views of experts, we should give them experts (the Chief Medical Officer has been particularly visible in media interviews over the past few weeks). But (trying very hard not to paraphrase Michael Gove…), we don’t all react that well to experts. And so we should recognise the need to seed a message with a variety of the people different groups perceive as trustworthy authorities. This means covering not just the Today programme listener but the Daily Mail reader, the Peppa Pig watcher, the followers of online influencers (I’m calling it now – an increase in beauty bloggers reviewing luxury soap is imminent).

The success of any message getting through and making people take action is to make sure it sticks, and to stick it needs to be repeated. The scale of this public information campaign demonstrates this on an extreme basis. We’ll see it constantly on TV, radio, online, in print, on billboards. Hand washing is step 1, and we now know there are more to follow. This is a live example of the power of the campaign in changing behaviour.