This summer, superstar Maths undergraduate, Beth Haysom, has been working with us at Acteon to further our research into behaviour change.

You can see some of her work here - analysing our Hexit experiment to help us find out more about the role of understanding and motivation in changing behaviour. Now Beth's back off to Sheffield to finish her degree, she's been reflecting on what she has learned during her time with Acteon.

In my time at Acteon I have discovered many intriguing stories about behaviour change initiatives – like how Time To Change redefined mental health campaigning; how Red Bull successfully linked themselves with audiences’ experience; and how reframing the image of the ‘athlete’ helped Nike beat rivals.

In each example above, success was gained by doing things differently. Promotion of a ‘product’ was less important. Instead, these campaigns were successful because they spoke to the human – they considered how people think, and what matters to them.

I’ve learnt that it’s often the subtle differences that have the largest impacts on behaviour – the small, inexpensive changes. The challenge is uncovering what these changes should be!

A great example of thinking differently is from Time To Change (TTC) – an organisation devoted to changing attitudes towards mental health. With Ogilvy, they have developed a long-term campaign called ‘In Your Corner’. Their target is men under 45, specifically ‘blokes’. Despite being the demographic most likely to take their own lives, they found that blokes felt the most stigma regarding mental health issues.

By empathising with their audience, TTC found that this was a group who never got represented in mental health campaigns, and who were stereotyped as ‘strong’, despite being the most at risk. They also found that, to these blokes, the idea that mental health could affect their mates seemed more plausible and concerning than it affecting them personally. 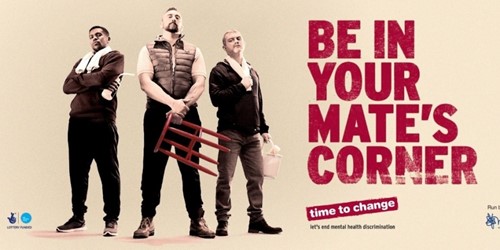 Ogilvy for Time to Change

Through ‘In Your Corner’ they reframed how mental health concerns were presented, with the call to action being that you should check on your mates if they’re struggling.

Other aspects of the campaign sparked thought and conversation. For example, beer mats in pubs with prompts to reach out to mates missing around the table, which got a huge positive response on Twitter. The element of humour that they included was also important. It made it much easier for mental health to become a point of discussion.

I really liked how TTC’s campaign recognised that those who are most at risk don’t always want sympathy. And that those struggling would benefit most by getting support from the people they’re close with, rather than from a mental health charity.

They have followed it up recently with a new tagline, “Ask Twice”, giving another prompt to things people can do to help those around them.

Ogilvy for Time To Change

Seeing the campaign, it was clear to me that it would have been effective. It was strong, engaging, and it put recognisable people in the spotlight. However, it took TTC looking at the situation in an entirely new light to come up with it. They forgot about what constituted a ‘normal’ campaign for mental health and came up with a new approach.

‘In Your Corner’ was essentially an advertising campaign. This is an obvious area that successfully changes behaviours and perspectives. Imagine a good piece of advertising. It makes you stop and think; it makes you want to share it.

This is an insight that Acteon are bringing into their work.

‘What would Barry do?’ – a health and safety campaign for Channel 4 – surprised people, and made them laugh. It did this while also teaching them and leaving a message. 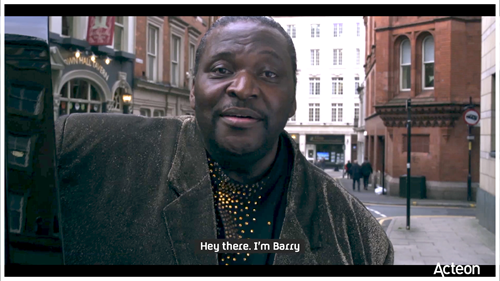 ‘One to watch’ – a video to make data privacy less dull for colleagues at Condé Nast – it fits to their brand, is fast paced and engaging, whilst also putting across a key message. 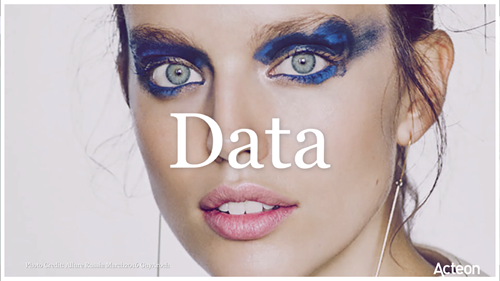 Before working here, I had seen the ‘Is it okay?’ feature on TV show The Last Leg. I loved learning that Acteon adopted this nudge to build engagement with the Channel 4 Code of Conduct. 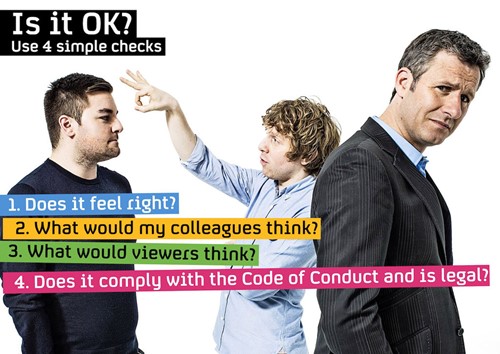 Stories I have discovered, like these, have made me more aware of behaviour change attempts around me. I’ve enjoyed seeing how nudges affect people, including myself, and learning about why they work. Also I’ve liked experiencing the end product of a behaviour change campaign, and then realising the process and psychology behind it. It’s good to be reminded that something that clearly works has been created by going against what is ‘normally’ done.

Acteon uses innovative ideas to think outside the box and try new methods. By thinking about the small changes that can be made to build engagement and impact behaviour, they create something that is more interesting and more effective. In the same way that a good advertising campaign hooks you and is memorable, with a simple underlying message, this is how Acteon is creating change.